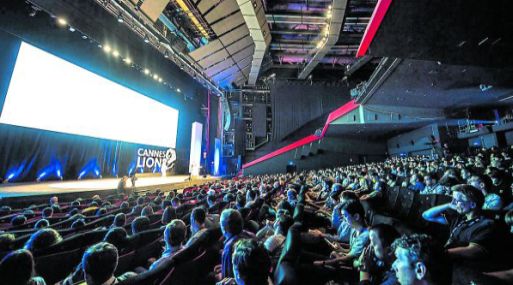 Taking cues from the iBeacon success at the ‘Tribeca Film festival’ and ‘Olympics 2013’, the glamorous Cannes Lion 2014 festival of creativity took advantage of the hottest technology trend of the year by integrating iBeacon support in its official iPhone app.

This festival is the ‘Mecca’ for all creative marketers and advertisement professionals, making it the best few days for extensive network building and connecting with like-minded professionals. Keeping this in mind, Cannes Lion 2014 rolled out an official iOS app that will provide attendees with some unique features that will help them network.
One of the interactive features included in this official application has the capability that helped speed up Check-Ins’ as the audience approached different points of interest.

However, the major highlight of the application was the “Around Me” feature integrated into the app. “Around Me” was a unique way to interact with the connections already present in the LinkedIn account of attendees. This one feature helped the participants to interact more with their contacts while attending the festival boosting professional networking.

The biggest excitement of this entire technology integration for attendee to attendee networking is the ability to meet your connections in person. This one add-on feature transformed the entire event experience into a unique one adding to the charm of the entire festival. The speed interaction feature of Cannes Lion Festival is a unique impetus for marketers to put on their thinking caps to create some more enigmatic user experiences.